So it is now the middle of May and I have a little over 4 months to go before I take on the Simpson Desert Bike Challenge.

So what progress have I made?

By the way.. if you did this shirt as much as I do head over to the Apres Velo Site for some really cool clothing to wear after the race.

Training is progressing well, though this weekend just gone was a bit of a non event, I got struck down with a terrible case of Man Flu last week so thought better of getting out in the cost and wet Melbourne winter this weekend. I did, however pay for my sins this morning on my first spinning class in some time.

So my weekly training now goes a little like this:

Commute cycle to and from Work (when I go to the office) working from home does give me an advantage in most things but I do lose the 100+ free kms I get from the commute.

Mid week rides (x2 or 3) depending on what travel I have that week.

Weekend rides (usually a 3 or 6 hour enduro race in Victoria and a medium slow recovery ride on either the Sat or Sun. In Jun there are a few road Challenge rides I plan to complete as well - 110 - 200km around scenic (hilly) Victoria.

Most of the rides are done on my mountain bike, though to mix it up a bit I am using the road bike a bit as well.

I have got quite a strong base and the legs are feeling ready for longer and harder rides. So throughout winter, I will be doing a few weekend rides - around the bay gourmet style - Melbourne to Gippsland - Great Ocean Road etc. To get the body and mind into backing up a long ride with a longer one.

Annie Barry - the team Dietitian has been 'educating' me on the pros and cons of dim sims as a race supplement.
Seriously though, Annie found a great event that we attended aimed at maximising performance in the heat. Various presenters provided information on nutrition, rehydration and performance tips.
I learned a lot that we will put into place for the event. One of the most interesting facts I learned is that it is simply not enough to replace the amount of fluid you lose when exercising. I did know this in principle but thought you could replace the minerals you lose by taking sports drinks. It appears that even drinking the commons sports drinks is not enough to avoid leeching the system. It seems I am going to have to take this nutrition stuff seriously.

I will post a separate page on my nutrition preparations some other time.

This has been an interesting journey so far.
Back in January I invited my current employer along for the ride. I am still navigating the policy and regulations that such a large organisation imposes in order to allow sponsorship of an employee does not breach any US or Australian workplace or insurance law. While I am still hopeful that the full support crew costs will be met by my employer, it has started to delay the final bookings and some details linger as unfinished business.

That said, we have arranged the sweetest expedition 4WD from Alice Springs and flights and accommodation has been booked. At this stage we are leaving Melbourne on 23rd Sep and Returning on the 03 Oct. We may be able to shave a day off this depending on the race route, once it is finalised.

Suffice to say - even if I have to pay for it all myself and take leave from work to compete, there is nothing that is going to stop this going ahead now except injury, illness or an act of Mother Nature or fate - all the important elements have been booked.

Fundraising efforts have started and we have started receiving online donations and offline pledges. I have set myself a personal fundraising target and I am on track to meet that. We are planning a quiz night, some raffles, fundraising merchandise sales and some events to raise both the profile and funds needed for the RFDS.

I am keen to hear any ideas and always welcome donations of cash, time or prizes - all of which go a long way to helping me achieve my target.

What the hell was I thinking?

The Simpson Desert is hot, dry and full of sand. So why the hell would anyone want to ride a mountain bike across it?
For the challenge and to raise much needed funds for a needy charity. The Royal Flying Doctor Service.

The Simpson Desert Bike Challenge is a 5 day, staged mountain bike race across the Simpson Desert. One of the most remote places in Australia.
Here is what the official Fundraising pack says about the race:

On an average day in the Simpson Desert the temperature will rise from below 5 degrees to over 40 degrees Celsius in the shade. High winds and sandstorms travelling at over 50 km/hr add to the experience. Throw in over six hundred sand dunes, camels, dingos, and vast salt pans with no food, water or civilisation in sight and the Simpson Desert is one wild place. Then add forty intrepid cyclists racing for 590 kilometres across the Desert and what you have is the ultimate adventure race in Australia.

Very few actually complete 100% of the race, but the lure of adventure and the beauty of the Australian Outback continues to draw athletes from across the country and around the globe each year.

The race has been staged every year since 1987 and usually runs from the end of September into early October. The following document outlines how you can become part of this extraordinary event.

While the Simpson Desert Bike Challenge is indeed a race, it is probably best described as a test of survival and tenacity. Very few athletes can expect to tame the elements of the Simpson Desert each year and only the mentally fittest and strongest athletes will complete 100% of the race.

This program is followed each day, except for the final day of the race where only a morning session is conducted.

The event starts at Purni Bore in South Australia and travels along an eroded track called “The Rig Road”. The finish of the event is the legendary Birdsville Hotel in Outback Queensland. Purni Bore is about two days drive from Adelaide and Alice Springs, three days from Sydney and Melbourne and four days from Queensland. Although the distances may look short on the map, the tracks are rough and slow going.

I will be preparing myself mentally and physically for the event and will post updates along the way.

Throughout the race, riders must maintain a minimum speed requirement of 12 km/hr across the sand and desert tracks.
Should riders fail to average this speed, they will be caught by the pursuing Sweep vehicle and transported to the stage finish. Riders are not disqualified from the event if they are caught by the Sweep; however they will incur a time penalty and cannot qualify for 100% completion of the event. Water Stops providing water, shade and medical assistance are located at every 20 kilometre mark along the course in the morning and at 15, 30 and 40 kilometre marks in the afternoon.
During racing stages, all riders must be completely self sufficient. Each rider must have a support crew, who transport all water, food, cycling equipment, camping gear and any other items during the event. On average a competitor will consume approximately 100 litres of water throughout the race.

While the SDBC may seem to be an extreme event to many, it is not classified as an extreme sport. The nature of extreme sport is that the element of risk is the primary factor. While elements of risk are evident in the SDBC, they are not the sole reason for participation. With this in mind, the SDBC has strict policies on fluid consumption, weight loss and food intake. A team of doctors travel with the event for its entirety, with the Royal Flying Doctor Service also available in the case of emergency. Riders failing to meet the strict standards applied by the race management incur time penalties and even disqualification.

I am also raising money for the Royal Flying Doctor Service.

Established in 1928 and developed on a national basis in the 1930s, the Service soon provided not only emergency medical aid to the people of the Inland, but also a comprehensive health care and community service.

The development of the Inland was in many ways made easier by the presence of the Flying Doctor. Previously, serious illness or accident often meant death and the Inland holds many graves of people who might have lived had they been able to receive medical aid quickly enough.

The late Sir Robert Menzies, Former Prime Minister of Australia 1939-41 & 1949-66, once very aptly said that the Flying Doctor Service represented the "greatest single contribution to the effective settlement of the far distant back country that we have witnessed in our time..."

The RFDS was the first comprehensive aerial medical organisation in the world and to this day remains unique for the range of primary health care and emergency services it provides and for the huge area of sparse population and climatic extremes over which it operates - 24 hours a day, 365 days a year.

Riders take it upon themselves to gain individual sponsorships from families, friends and work colleagues and raise funds for the Royal Flying Doctor Service. This is not a compulsory exercise however many athletes and volunteers choose to undertake this activity as it provides another element to the race and an additional level of satisfaction to their participation.

If you are keen to come along for the journey, follow the blog and I'll keep you posted.

Weep, little lion man You're not as brave as you were at the start Rate yourself and rake yourself Take all the courage you have left

Day 2 in Kruger was pretty much more of the same...

Oh yeah and an encounter with a lioness, just us, lion snacks and a lion on a dam. 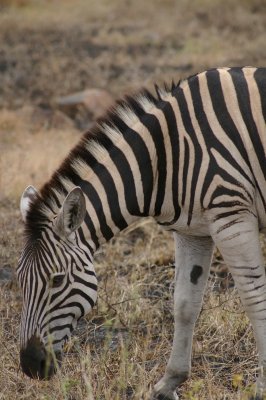 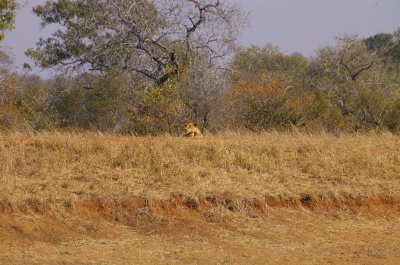 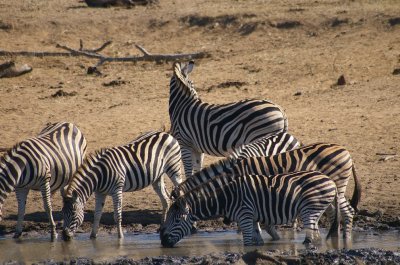 The Elephants were incredible... Some of the the tourists were pretty niaive.
Check out what happens when Man and Beast interact...

Kruger.... But where is Freddy?

Anyone know the song lyrics this time?

Kruger national park is located abot 40 minutes drive from Graskop. It is a huge enclosure with thousands of animals including the fames Big 5.

So, in our trusty little silver bullet car, we headed off to see if we could catch sight of the kings of teh African landscape.

We entered through a minor gate and within 10 minutes had seen our first Elephant - close up.

My words will in now way do justice to the day we had so I will stop trying and just upload some pics and video. 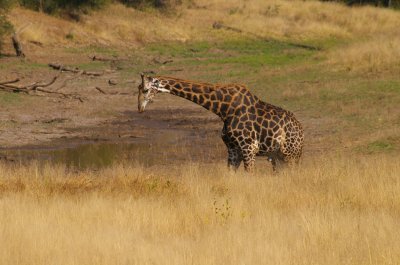 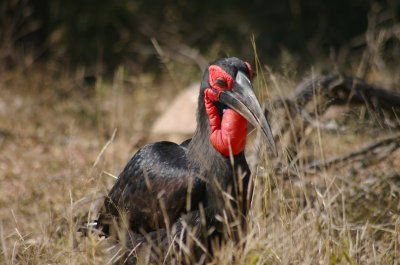 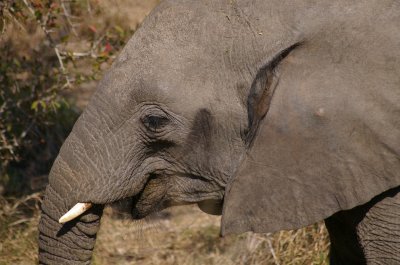 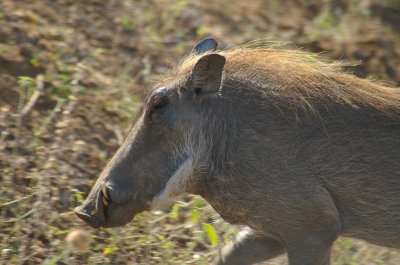 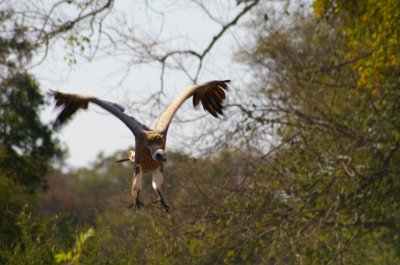 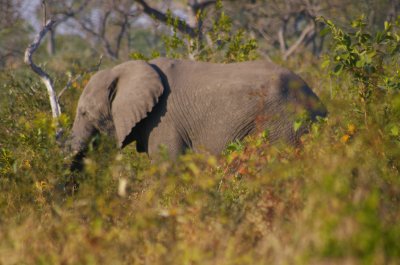 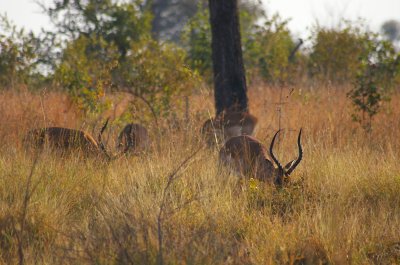 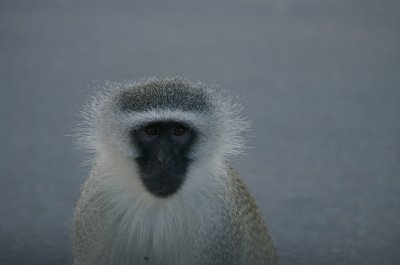 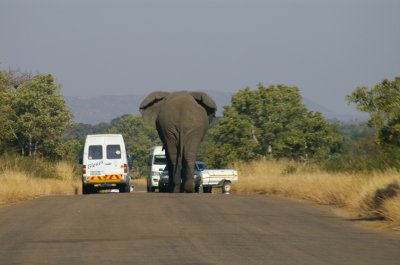 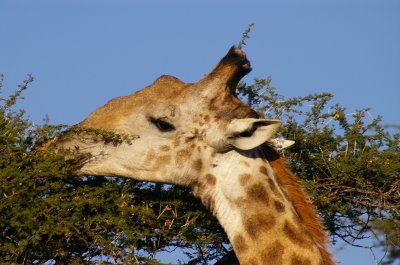 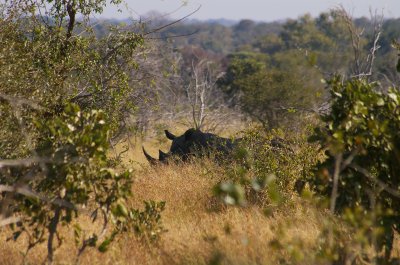 In our first day at the park we saw and Meaghan photographed the big 5, we were chased by an Elephant, we saw 2 leopards and very very nearly didn't make it out on time.

It's gonna take a lot to take me away from you

there's nothing that a hundred men or more could ever do

And with that particular song in our ears we headed off towards Kruger park.

We based ourselves out at Graskop and explored the panorama route first.

The panorama route was a pretty cool drive, but really the highlight is Burkes Luck potholes. 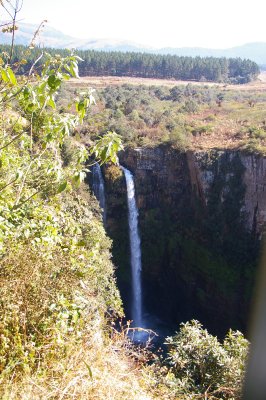 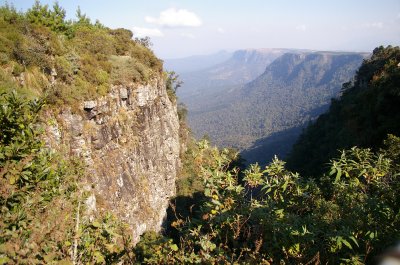 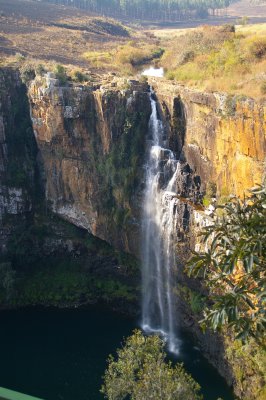 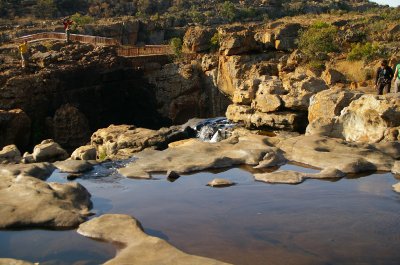 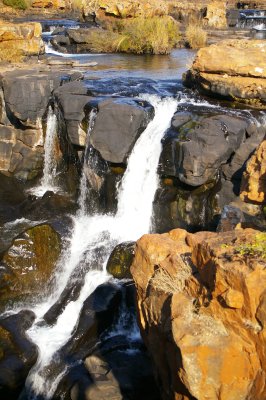 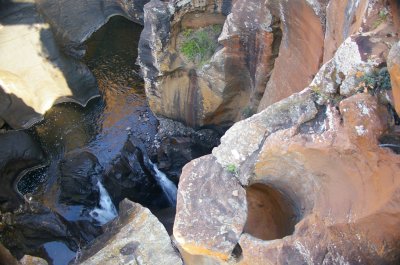 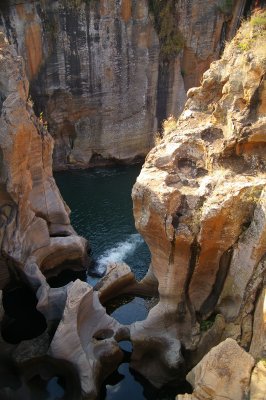 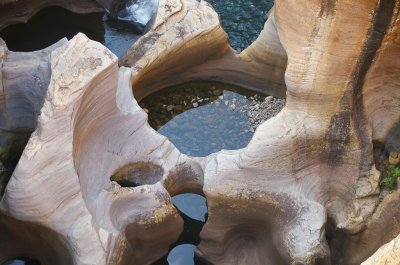 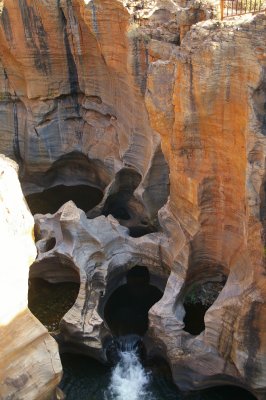 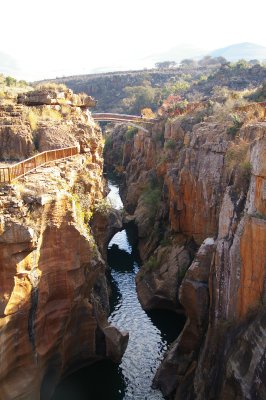 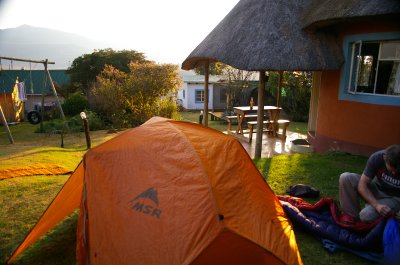 Graskop is a little town with a really cozy pub, which had a fire and lots of cold beer.
I ordered Potjie of the day (Game) - which, a day before heading into the wild at Kruger park, may have been tempting fate.

So after the first night in our tent in some time, we headed off to Kruger Park for our wild life adventure.